I love that Made Portraits is known for our award winning Somerset Portraits but never have I felt quite as proud of myself as I do today. The Guild of Photographers are an incredible organisation that help photographers through various mentoring and feedback programs and each month they have an image of the month competition which I’ve been entering since January 2014.

In all that time, I have managed to achieve quite a few Bronze Awards, 17 Silver Awards and 2 Gold Awards and I’ve been really proud of these results. But today, I had the most incredible news. Not only was I awarded another Silver Award for my Ballet dancing girl in the water dress (Visit this Blog Post to see the Ballet Image ) but I was also awarded TWO Gold Awards for the Milk Dress and the Martial Arts Water Dress images below. Put this together with the two Golds from the NPS last week and I’ve been awarded more Gold Awards this month than the whole of last year combined! In fact it’s the most amount of Golds I’ve ever won in a single year ever! 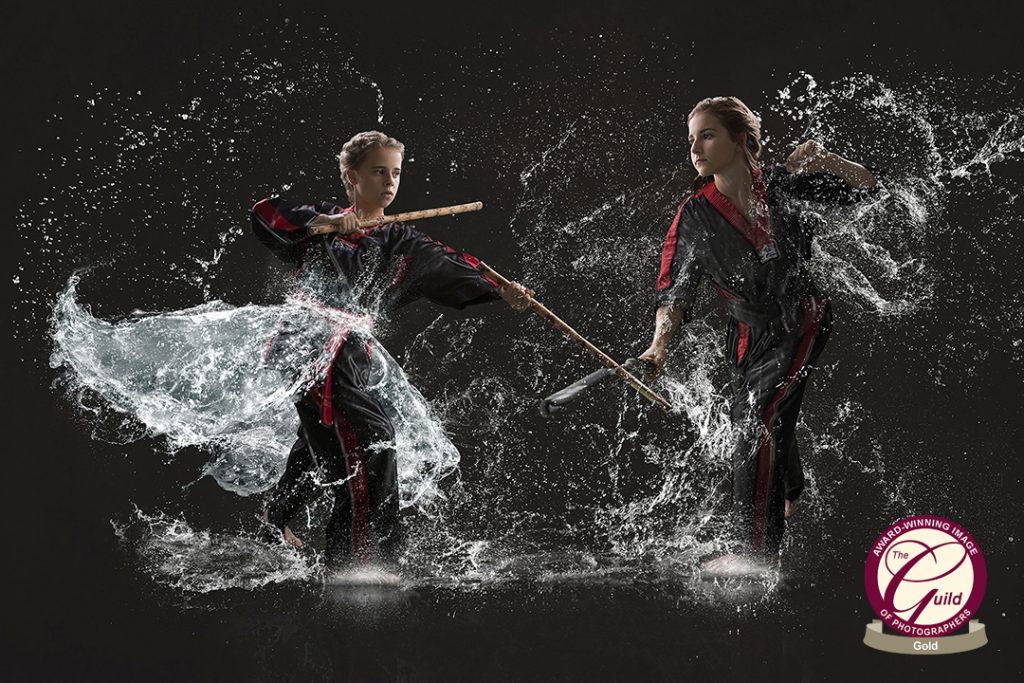 My goal this year was to push myself creatively and learn new skills. I am extremely proud that this has paid off with such incredible results. I think anyone that knows me or that has been in to the studio knows that I love my job but on a day like today, there is nothing I would rather be doing. Megan and Emmie who feature in the Martial Arts image were amazing patient with me. When we did this shot, I was still in the early days of trying to figure out how it would come together so I couldn’t exactly explain what I was doing. That didn’t seem to matter to them though. They were stars and the image came together because of their input. 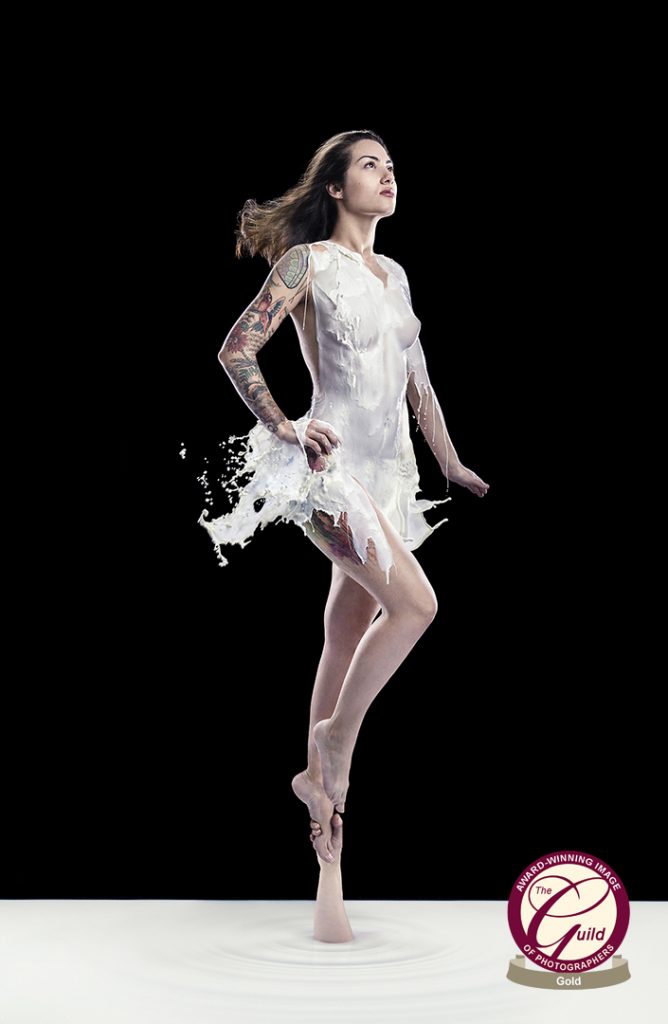 Something else I’m really pleased about is that this image of Mara in the Milk Dress is the first image I’ve ever taken that has won Multiple Gold Awards. This has received the NPS and the Guild of Photographers Gold along with an SWPP Highly Commended. Because this image was so technically complicated and a true labour of love, the Golds make the hard work worth while.

If you like what you see and are interested in coming in to the Made Portraits studio for your own session then please call on 01458 831888 or Email us on info@madeportraits.com