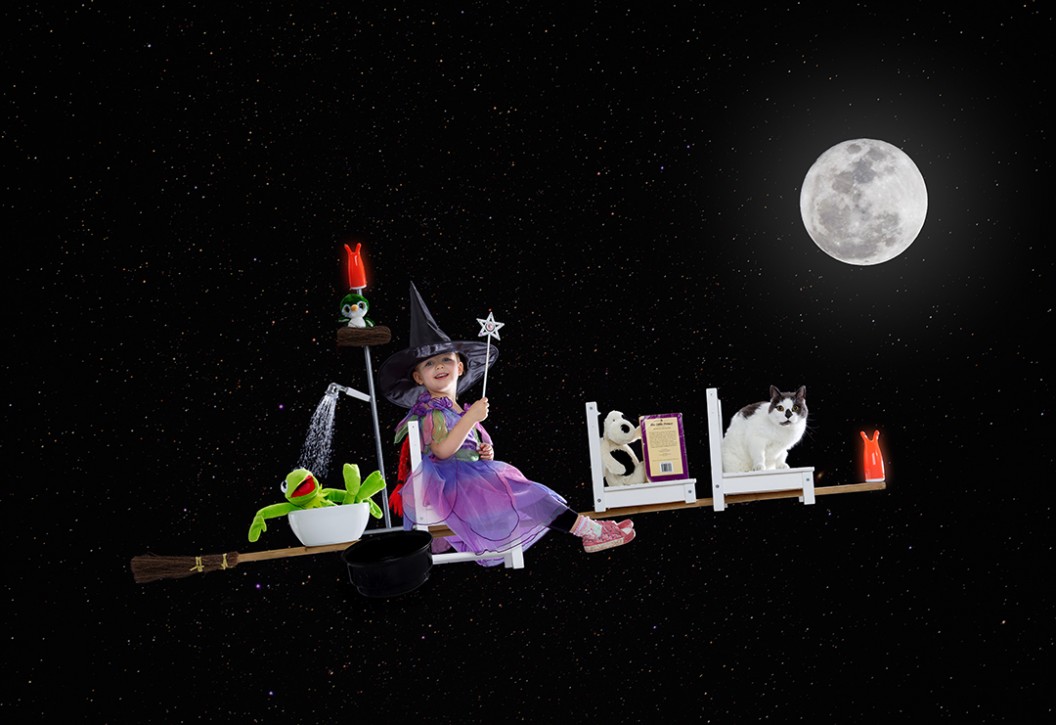 The witch had a cat and a very tall hat

and long Ginger hair, which she wore in a plat.

For those of us with kids, there is a good chance you know this story and for a long time, it has been a favourite of my eldest daughter Grace. So much so that for a long time I could recite this story verbatim without even having to even glance at the book. Something I know many many parents can do with their kids favourite book or movie.

A couple of years ago on the run up to Halloween, my daughter asked for a witches hat which we then bought and that night I was reading her Room on the Broom as was our nightly routine and I read that opening line. I then looked at her and said “You have a very tall hat” and instantly the idea was planted. I could make her the witch!

So off I went to plan out what I could do as a photo and for those that don’t know the story, it ends with the witch creating a ‘TRULY MAGNIFICENT BROOM’. With seats for the witch, and the cat and the dog. A nest for the bird and a shower for the frog. That was it! That was what I was going to make.

Now creating the people carrier of brooms for real would be a little overambitious especially given I would have to plumb in the whole thing as well so I went straight to what I know best. Composites!

I found an image online from the short movie of the book and this was my starting point.

In the studio, I set up a black background with a painted poly-board and a black sheet and got the lighting in place to as close to the movie image as possible.

We stuck a small broom to the underside of a chair that belonged to Grace and I photographed a few shots of her, a shot of a dog toy she had and then our cat Boo. To say that Boo wasn’t happy is an understatement. The camera went off and she scarpered. She spent the rest of her time in behind the curtains in the viewing area but thankfully we got her shot in 1. 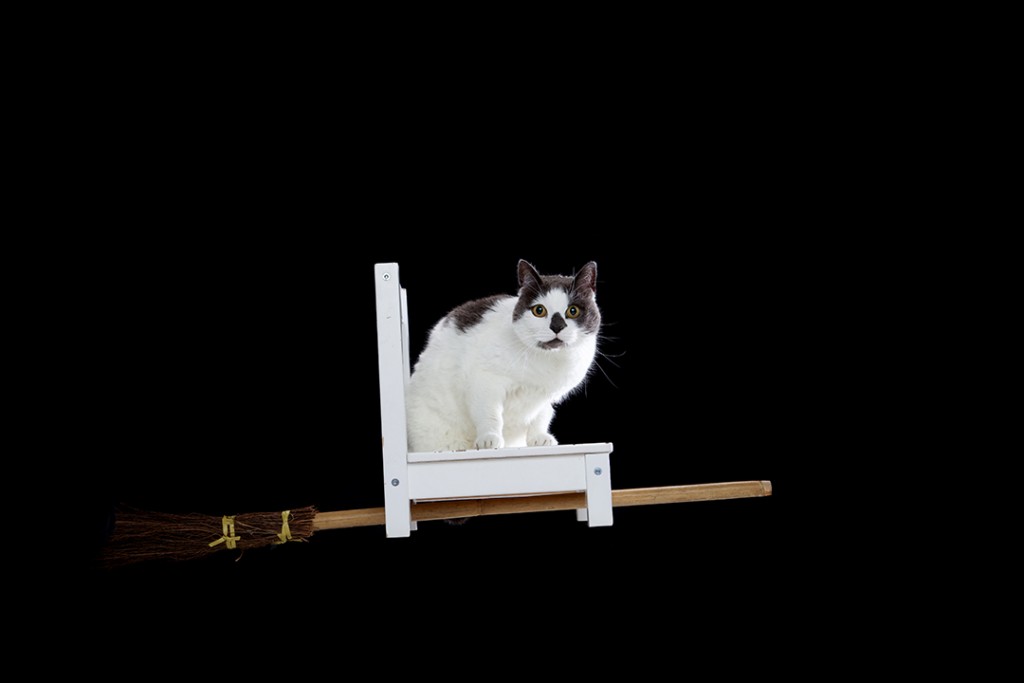 I then shot the shower head on it’s own with my wife holding it; I did the same with the neck and then had my wife blow water through it to get the spray. We then shot the pipes both vertically and horizontally so we could ensure the lighting was consistent.

The final thing was to use my daughters night lights to create the lamps.

The only thing we then didn’t have was a frog but a request on the Made Portraits Facebook page had one of my clients volunteer her sons Kermit bag and all the elements were in place.

So from the front you have the Lamp on the broom; the cat; the dog; Grace; a horizontal pipe; more broom; a vertical pipe; a shower head; spray (2 shots); the nest; vertical pipe again; a lamp; Kermit; ; the end of the broom and the sky. 16 shots in total!

The finished image received a Highly Commended award from the Society of Wedding and Portrait photographers in November 2013 and was my 9th image to achieve an award since opening the studio.

If you have any stories that would love to bring to life, you can buy a Family Portrait Session for JUST £20 which includes an A4 print of an image of your choice!
If you want to have a chat about anything then why not get in touch now by Email or call the studio on 01458 831888. 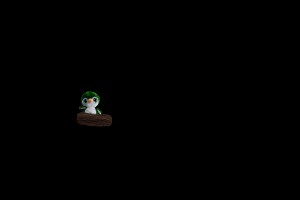 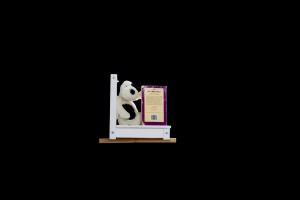 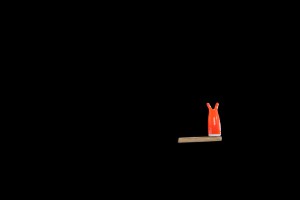 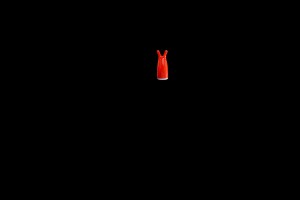